The Main Components of an Ultrasound Machine

The Main Components of an Ultrasound Machine

An ultrasound machine is useless without a transducer probe. It is an accessory that serves as a tool to generate images. The transducer probe is a small, flexible device that emits sound waves, which bounce off various objects. They are useful for capturing detailed images of human organs and structures. The latest ultrasound transducers can utilize crystal material, which is believed to change medical practice. This article discusses the importance of choosing a transducer probe for your machine.
The transducer itself is made from piezoelectric crystals, which are placed on the front of the device. When electrical current is applied to them, they change their shape. These vibrations create sound waves that move outward, or outward. When directed at the human body, the sound waves pass through the skin and internal anatomy and amplify the intensity of the echoes. These echoes are converted to electrical signals and transmitted to a computer. The brightness of the images is proportional to their anatomic position.
The type of transducer probe that you choose will determine the field of view of your ultrasound images. In addition to the shape of the transducer, you need to know what its frequency is. High frequencies will yield sharper images than low frequencies. But make sure you choose the correct one for your ultrasound machine. A good one will be able to provide you with a good image. The choice of ultrasound transducer probe will make the entire imaging experience easier and faster. 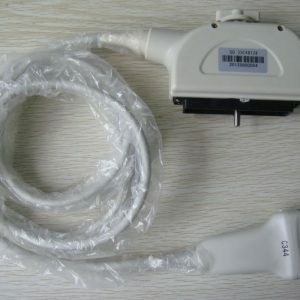 A computer console is a display device that enables a physician to operate an ultrasound machine. It contains controls for the ultrasound machine’s transducers and presets. The control module also allows the sonographer to adjust image quality, record measurements, and perform calculations. A computer console features many features that allow the user to customize and personalize the experience. Some models have 15 languages and configurable presets. They are also designed with user-adjustable buttons.
The most advanced systems are equipped with an array of features. The Biosound AU3 ultrasound system is portable and lightweight. It offers high-quality ultrasound data and advanced imaging assessment. The console includes a 12-MB memory and is compatible with a variety of imaging modes. It is also used for interventional procedures and intraoperative patient monitoring. The system also offers real-time 3-D imaging. In addition to the software, most machines include a receiver and a processor in the console.
A computer console provides more advanced diagnostic features than portable ultrasound systems. Nevertheless, a computer console is not necessary for every practice. Many portable ultrasound systems are equally capable and can be used in emergency rooms, outpatient clinics, and other settings. Portable ultrasound systems are easier to store and operate on battery power. They are also easier to transport. Using a computer console for ultrasound imaging allows you to offer your services to more patients, including those in specialty niches. 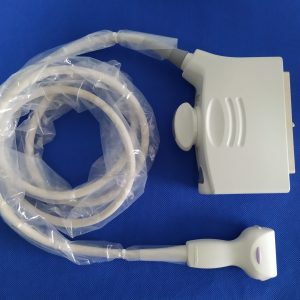 If you plan to connect an ultrasound machine to a video monitor, you should ensure that you get one with the right input. Most ultrasounds have an S-Video connection, which means you will have to connect your DVD recorder to the same input. You can use a DVI to HDMI cable or a powered converter box to make the connection. However, the resolution of your monitor should match the resolution of the ultrasound machine, because some ultrasound machines produce odd resolutions. This means that you’ll have to adjust the resolution of the monitor and the converter for the optimal image quality.
A video monitor for ultrasound machine can also be a valuable asset if you plan on using it in remote areas. This is because ultrasound is an essential imaging tool that requires hands-on training and experience. Many remote areas lack trained sonographers, so you might not have the option of using an ultrasound machine. However, a real-time video streaming platform can enable specialists to remotely monitor an ultrasound examination without physically being there. The ultrasound stream is transmitted via a wireless network, and a camera is attached to the ultrasound machine to track the probe’s position.
If you’re planning to use the video monitor in a documentary, it will help you tell the story behind the machine. The machine contains an LCD display and a CPU. These CPUs control the machine, and they contain memory, amplifiers, and power supplies. The monitor shows the echoes and distances between them. The resulting image will be an ultrasound of the growing fetus inside the mother’s uterus. 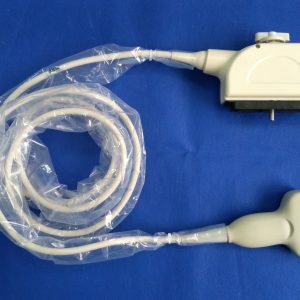 The ultrasound transducer contains several components. These include the Piezoelectric Effect, the Phased Echo Concept, the Spectrum Waveform, and the Color Doppler. These components are crucial to the quality of the ultrasound image. Changing the applied voltage of the ultrasound machine will alter the strength of the beam of ultrasound and the corresponding intensity of the B-mode image. Each of these components plays an important role in obtaining the highest quality images.
The transducer is a device that emits sound waves and controls the intensity and distance of these echoes. The image created by the ultrasound machine shows the fetus growing inside the mother’s uterus. It is also used to examine the fetus’s side view. The probe is moved along the body surface to obtain a variety of views. It is also connected to a central processing unit (CPU), which translates commands into electrical signals for processing.
The main part of an ultrasound machine is the transducer probe. This device generates sound waves and receives their echoes. These waves are created by the piezoelectric effect, which was first discovered by Jacques and Pierre Curie in 1880. The transducer probe contains piezoelectric crystals. When an electric current is applied to these crystals, their shape changes rapidly, producing sound waves. The same principle also works for thermal printers. 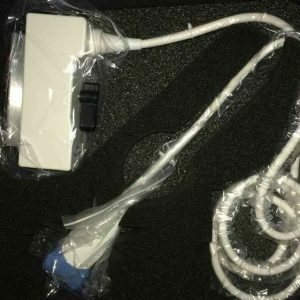 The method of displaying grayscale information from an ultrasound machine is described herein. The preferred embodiments map the ultrasound data to equal components of gray. This mapping provides the same grayscale values, but the color values may be mapped in a different manner to produce slightly different brightness values. This technique is referred to as non-linear mapping. The advantage of non-linear mapping is that a user can adjust the contrast level to compensate for differences in the grayscale values of certain colors.
Dynamic range is another term for the sensitivity of an ultrasound machine. This parameter controls how many gray shades are displayed on a live image. A wide range displays more gray shades, whereas a narrow range displays fewer gray shades. In a wide range, the image is bright and contrasted, whereas a narrow range displays a black-and-white image. Both of these technologies are used in conjunction with gray maps to determine contrast and intensity.

A look-up table provides additional brightness levels to the gray scale values. Any mapping that relies on deviation from true gray may be used for additional brightness levels. It may be used on the entire range of gray or most of the range. The aim of this feature is to minimize the amount of deviation from true gray while maximizing the desired dynamic range. During the gray-scale mapping, the user may not perceive any color other than gray.